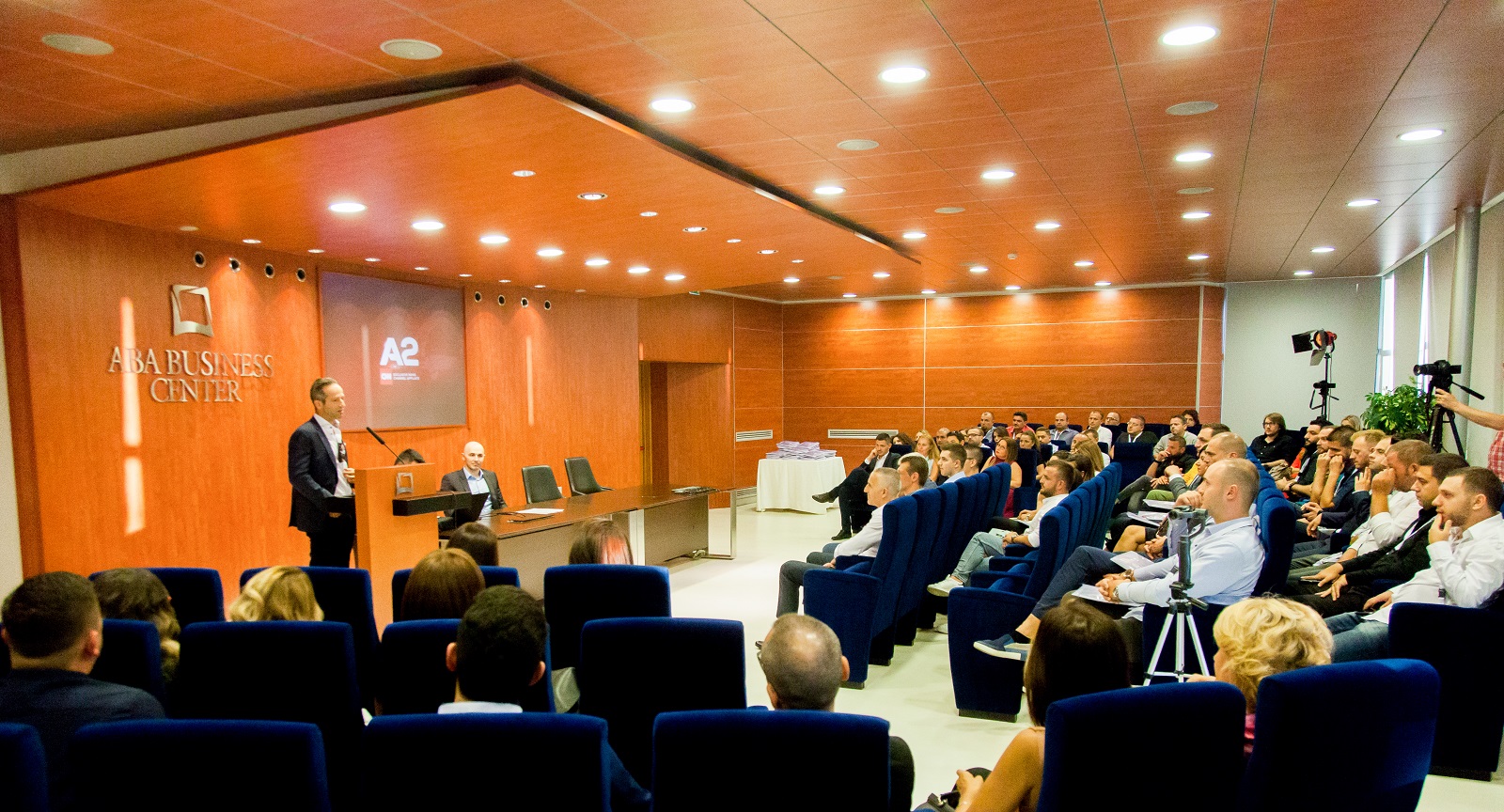 A2 television, CNN’s exclusive news channel affiliate in Albania, has officially announced that the hiring process in Albania is successfully completed. After a long process of recruiting, A2 management announced that some of the most experienced professionals in the Albanian media are officially part of the newest TV station.
The new staff which amounts to around 60 media professionals, met on September 6 at A2 headquarters, located at ABA Business Center in the center of Tirana.
The event that took place on September 6 at A2 headquarters, representatives from A2 and CNN met with the team and congratulated them for succeeding to be part of the new TV channel. They also encouraged the team to follow the A2 mission to bring a new and unique style of journalism in Albania.
The A2 CEO, Andri Kasneci, said that this first meeting between A2 management, CNN representatives and the television team, marked the starting point of a vibrant relationship, based on the universal professional and ethical principles.
“We have the chance to getting to know each other, our colleagues, collaborators, exclusive partners and those who had the vision to set a new journalism standard in Albania,” said Mr. Kasneci.
A2, which is the CNN exclusive news channel affiliate in Albania, is scheduled to go live by the end of 2018. Meanwhile, a series of trainings for A2 team have started in Albania, with international and regional experts. Other scheduled trainings will take place in the United States and United Kingdom in the near future.
Greg Beitchman, Vice President for Content Sales and Partnerships for CNN International Commercial told the audience comprising well-known journalists and other Albanian experienced media professionals, that it was the beginning of a new era.
“A2’s mission begins today by perfecting your skills, being committed to the best journalistic standards, by creating truly world class programming and breaking news that you can bring to the audience,” Mr. Beitchman said.
The new team was also greeted through a video message by Nick Robertson, the International Diplomatic Editor of CNN.
The studios and office of A2 are at the last stage of being equipped with state of the art technology and infrastructure, a process which is scheduled to conclude within September.
A2 news channel which is located in Tirana with supportive news centers in other Albanian cities and neighboring countries, will primary produce local news for Albanian-speaking audiences, but it will closely cooperate with the CNN network in content sharing.
A2 news channel, established as an exclusive partnership between CNN (Cable News Network) and Albanian company Gener 2, was first announced in February 2018.